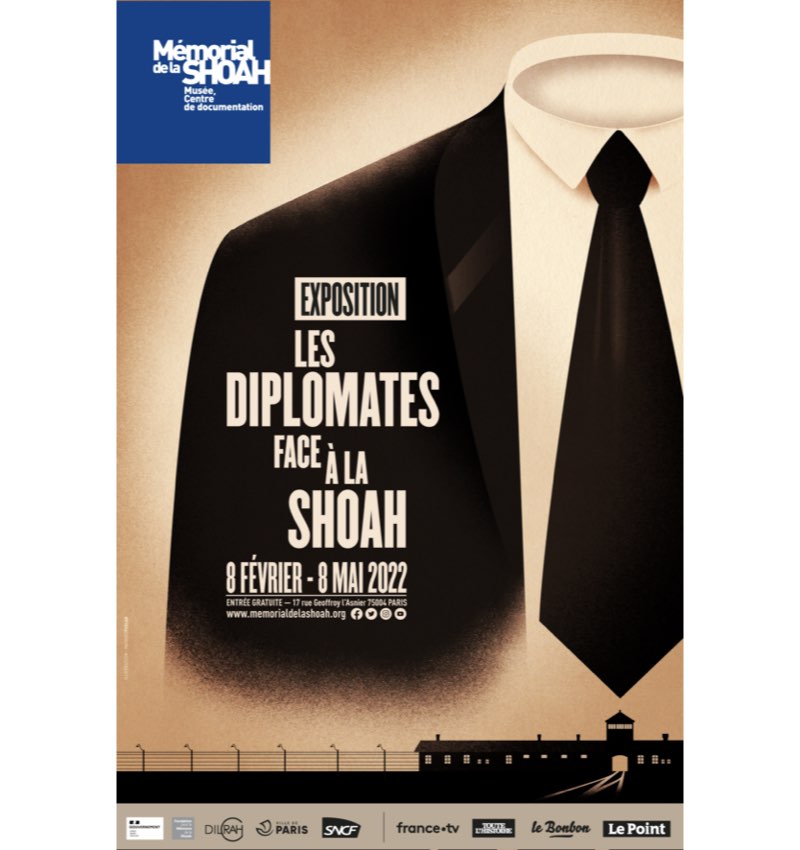 The exhibition focuses on diplomats’ attitudes towards the plight of the Jews from the time Hitler rose to power until after the Second World War, the postwar trials and the 1948 Convention on the Prevention and Punishment of the Crime of Genocide.

Based on photos, official documents, written accounts and oral testimonies, the exhibition shares the latest knowledge about these questions: What did diplomats know? What were their sources? What was the role of German diplomats in the Holocaust? Who took action? How, why and in what context? Who did not understand what was happening, who stood idly by and why? Was it because of ignorance, indifference, an inability to comprehend the tragedy’s magnitude or a willingness to collaborate?

The exhibition sheds light on the relationship between what diplomats knew and what they and their governments did, could do or chose not to do. It prompts visitors to ask themselves questions about the current role of diplomats and international bodies like the UN and the thorny issue of the right of interference.

Diplomats are senior civil servants who represent their governments to foreign states according to instructions from their foreign affairs ministries. Among other things, they conduct talks on their government’s immigration policies. Consuls are members of the diplomatic corps whose task it is to look after their citizens’ interests and issue them travel documents (passports and visas).

They also issue travel documents to foreigners wanting to enter the country the consul represents. The host country’s entry visa is affixed to the passport, along with transit visa(s) if necessary.

Otherwise, the emigrant has no choice but to travel illegally and clandestinely. While consuls must follow their foreign ministries’ instructions, they do have a certain amount of leeway.

FIND OUT MORE ABOUT the exhibition

Poster of the exhibition “Diplomats facing the Shoah” by Mathieu Persan

Getting to the Shoah Memorial

The Shoah Memorial is open

Accessible to visitors with disabilities